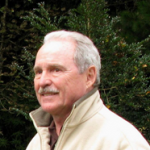 Andreas Pilz has more than 45 years experience working in the hotel industry in Australia, Asia and Europe, starting with Hilton in Berlin.  He was on the opening team of the Wentworth Hotel in Sydney and opened the Wentworth Melbourne (now Sofitel).  He founded his independent hospitality company JBA Hospitality in Australia with 11 international offices in 1980 to develop the company as the largest hospitality services company in the Southern Hemisphere. It merged with a leading US based company in the early 1990’s. He began his own international hospitality company 20 years ago and has advised clients such as Accor France, Savoy Hotel Group, Holiday Inn, Greenwood Whitley Brewery, De Vere Hotels and Stakis Inns.  In Australia he has been actively involved in a wide range of hospitality assignments. Andreas’ key strengths include advising hotel project developers on how to best maximise their returns and in conducting operational design briefs to enhance financial viability.

Let's get social on Linked In